This page in intended to provide helpful tips and information in the case of an emergency or disaster in our community. Whether natural or man-made, being prepared for any circumstance can help reduce injury and property damage, and even save lives. This information is designed to provide you with information so you are prepared and can respond quickly, which in many cases may minimize the disruption to your life and that of your family.  Please note the sections for  individuals with special needs who are at greater risk without help and support. In addition, evacuation and/or securing pets and livestock takes time and resources so planning ahead is critical. Stockpiling supplies and identifying transportation and care for animals in preparation of a disaster can help move animals as well as ranchers, farmers and pet owners out of harms way.

A note from the City of Wheat Ridge Emergency Manager:

As more cases of Coronavirus/COVID-19 are reported in Colorado, we are encouraging residents to follow official sources of information including Jefferson County Public Health, the Colorado Division of Public Health and Environment, and the CDC. These organizations are sharing updates regularly as well as actions you can take to stay healthy, what to do if you think you have been affected by coronavirus or COVID-19, and resources to help you make informed decisions for both you and your family.

A reminder that all City of Wheat Ridge facilities are currently closed to public access until at least March 29, 2020, and the closure has been extended to April 30 for the Recreation Center, the Anderson Building and the Active Adult Center per the Governor’s order related to the closure of gyms.

At a special meeting last Friday, March 20, City Council approved a resolution declaring an emergency for Wheat Ridge. This will enable us to access federal and state funds and any additional resources we might need under the states of emergencies declared by our Governor and the President.

Yesterday, Governor Polis held a state briefing to emphasize the need for increased social distancing at all levels and announced a new executive order that requires all non-critical workplaces to decrease their in-person workforce by at least 50% by March 24. The new order lasts through April 10 and has a number of exemptions including emergency operations and industries that provide goods and services critical to our response to the COVID-19 emergency.

The Governor also encouraged all of us to continue practicing social distancing, limiting grocery store visits to once a week, decreasing the number of times we exercise outside from say four to five jogs a week to one or two, and he urged all employees to “telecommute” as much as logistically possible, suggesting workplaces implement staggered shifts to limit unavoidable in-person interactions.

As information changes from Jeffco Public Health, the CDC, and CDPHE, we will provide updates along with any changing City response. Please sign up for Emergency Preparedness alerts being sent as we make changes in Wheat Ridge. 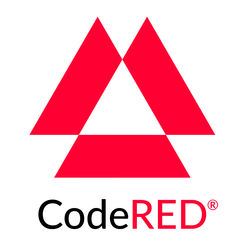 Emergency Notices are sent by local emergency managers and law enforcement through a variety of methods to include telephone notification. However, if those who no longer have a landline won’t receive those notification unless registratration has been completed for cell phone numbers with CodeRed. To sign up for CodeRed click here.

Smart 911 is another service that offers additional information to first responders about medical conditions, medication allergies, and any special health needs. Cell phones can be registered and associated with home address which is helpful if the caller can’t speak or doesn’t know their address. This information shows up for the call-taker when they call 911 from a registered phone. To sign up for Smart911 click here.

As part of today’s announcement, Secretary Napolitano will release a public guide outlining the new system to the American public, along with an example of an NTAS Alert that would be issued to the public if the government were to receive information about a specific or credible terrorist threat.

"The terrorist threat facing our country has evolved significantly over the past ten years, and in today’s environment – more than ever – we know that the best security strategy is one that counts on the American public as a key partner in securing our country," said Secretary Napolitano. "The National Terrorism Advisory System, which was developed in close collaboration with our federal, state, local, tribal and private sector partners, will provide the American public with information about credible threats so that they can better protect themselves, their families, and their communities."

Under NTAS, DHS will coordinate with other federal entities to issue detailed alerts to the public when the federal government receives information about a credible terrorist threat.

NTAS alerts provide a concise summary of the potential threat including geographic region, mode of transportation, or critical infrastructure potentially affected by the threat, actions being taken to ensure public safety, as well as recommended steps that individuals, communities, business and governments can take to help prevent, mitigate or respond to a threat. NTAS Alerts will include a clear statement on the nature of the threat, which will be defined in one of two ways:

Depending on the nature of the threat, alerts may be sent to law enforcement, distributed to affected areas of the private sector, or issued more broadly to the public through both official and social media channels—including a designated DHS webpage (www.dhs.gov/alerts), Facebook, and via Twitter @NTASAlerts. NTAS alerts and posters will also be displayed in places such as transit hubs, airports and government buildings.

NTAS threat alerts will be issued for a specific time period and will automatically expire. Alerts may be extended if new information becomes available or as a specific threat evolves.

On Jan. 27, Secretary Napolitano announced the new NTAS system during her "State of America’s Homeland Security" address—kicking off the 90-day transition period with state and local governments, law enforcement, private and non-profit sector partners, airports, and other transportation hubs. In July 2009, Secretary Napolitano formed a bipartisan task force of security experts, state and local elected and law enforcement officials, and other key stakeholders to assess the effectiveness of the color-coded alert system. The results of this assessment formed the basis of NTAS.

DHS encourages citizens to follow NTAS Alerts for information about threats and take an active role in security by reporting suspicious activity to local law enforcement authorities through the "If You See Something, Say Something" public awareness campaign.

For more information on the National Terrorism Advisory System or to receive NTAS alerts, visit www.dhs.gov/alerts.