In 2005, City Council adopted the Neighborhood Revitalization Strategy (NRS) Report, Repositioning Wheat Ridge, and adopted its findings and recommendations as guiding principles for revitalizing the City.  The strategies and recommendations contained in the NRS were focused on leveraging the City’s strengths and addressing its challenges to assist in returning the City to a vibrant community with a healthy housing market and the thriving commercial centers needed to generate fiscal stability. The NRS represented a community conversation, and consensus, about the City’s competitiveness in the early 2000s and what to do about it. More information on the original 2005 process and report is here.

Most would acknowledge that Wheat Ridge has changed after 13 years and continues to do so, even if feelings about the nature of the City’s development are not uniformly shared. Based on these changes and the passage of time, City Council agreed in early 2018 that it is time to update the NRS to determine what the City wants to be today and into the future.

Between 2005 and 2019, a number of things transpired which now place Wheat Ridge in a very different position:

In many ways, the central question in a Wheat Ridge revitalization strategy today is less “how do we compete?” than “how do we make the most of the assets we have resurrected, nurtured, invested in, grown, and must now optimize?”

To work on answering that question, and many others, the City retained czb, one of the firms that partnered in writing the 2005 Repositioning Wheat Ridge report. The City Council appointed a project Steering Committee to oversee the effort. Working together, the consultant team and the Steering Committee pursued a mixed method approach of data analysis and community engagement to develop a strategy for the continued vibrancy of Wheat Ridge and its neighborhoods.

The project began in July of 2018 and concluded in June of 2019. This page summarizes the NRS update process. The final report, as well as interim reports and newsletters are available below.

The Committee met four times with czb and staff during this phase between July and December 2018. They self-organized into five teams and convened small group “kitchen table” meetings to engage the public in peer-to-peer community conversations. The idea behind these meetings was that they were small, honest, and open discussions like a family or group of friends or neighbors might have around a kitchen table. In the first round of engagement, these meetings asked participants, "What would you change and what would you keep the same in Wheat Ridge?" 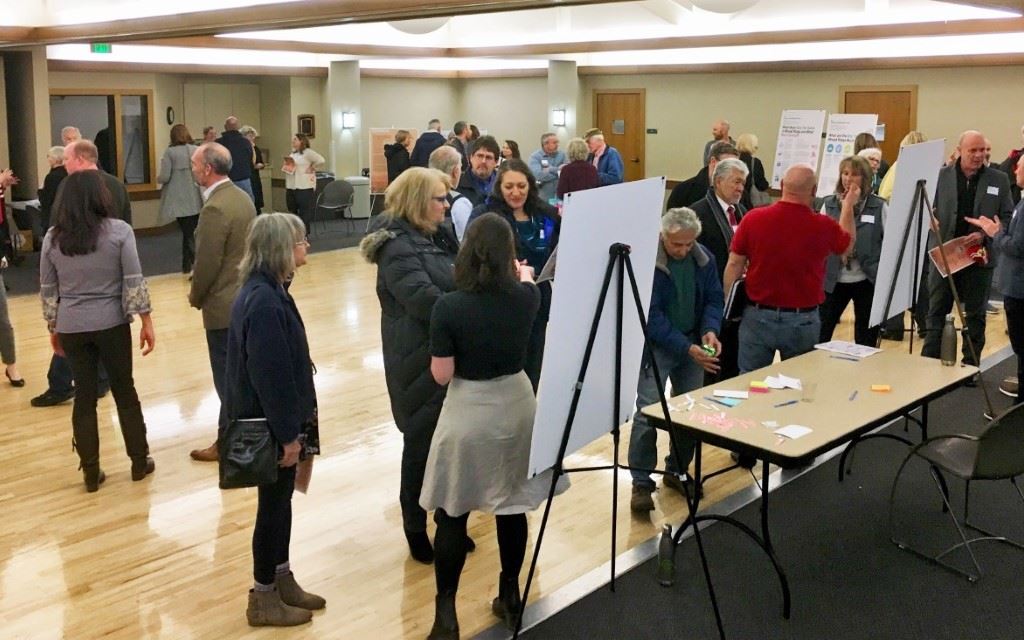 In the second round of engagement, the citizen Steering Committee hosted additional small group meetings in October and November 2018 to obtain public input on two hypothetical scenarios as a means to understanding what the community values about Wheat Ridge and how it weighs costs and benefits of public decision making.

In the third round of engagement, a public open house was held on Wednesday, December 12 at the Wheat Ridge Recreation Center.  About 100 people attended and meeting content, including the posters and handouts, are provided below.

An online survey was available for a two week period (from February 13 to March 1, 2019) and garnered an incredible response from community members (over 1000 respondents!).  The Steering Committee and consultant team analyzed the responses and shared those results and as well as emerging themes during "blitz week" which included a series of four open houses and at study sessions with City Council and Planning Commission during mid-March.  Open houses took place in the morning and evening at the Active Adult Center, Recreation Center, Wheat Ridge High School, and Colorado Plus.  Again, about 100 people attended in total. The survey questions and content from Blitz Week is provided below. 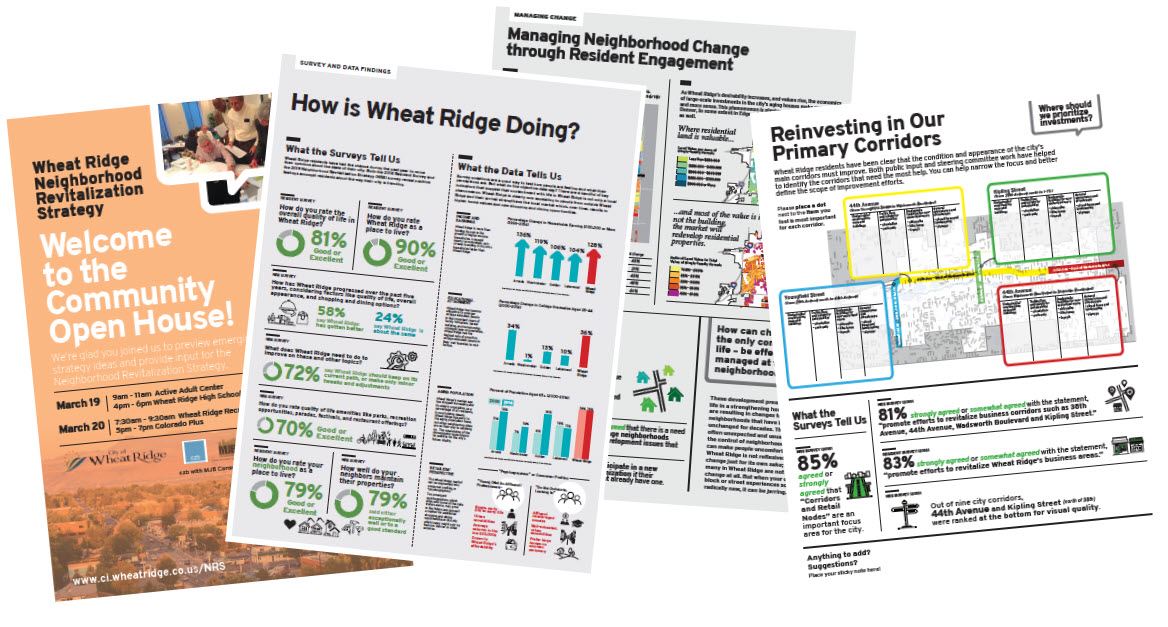 A HUGE thank you to everyone who participated in the NRS process!  During the course of nine months, we had over 1000 community members provide input through small group meetings, open houses, and an online survey.The final report is now complete and available for your review.  City Council reviewed a draft of the document on June 3, 2019 and adopted it by resolution on July 22, 2019.

Project Newsletters: (these were published during the 2018-2019 update process)

For questions about this process, contact Senior Neighborhood Planner Jeff Hirt at jhirt@ci.wheatridge.co.us.