In 2007, plans were approved for the development of a multi-acre area of property located between 32nd Avenue, Highway 58, and west of I-70, better known as the Cabela's site.  Due to economic factors, the development, along with associated infrastructure improvements were not constructed.

The 2006 I-70/32nd Ave. Environmental Assessment (EA) and 2007 Finding of No Significant Impact (FONSI) contemplated full build-out of all commercial development and transportation improvements in this area.  In 2014, the City and a different prospective developer began the process of looking at the site from a phased approach, determining transportation improvements necessary as smaller pieces of commercial development are constructed. As a result, a re-evaluation of the EA based on this phased approach was recently completed and approved by Colorado Department of Transportation (CDOT) and the Federal Highway Administration (FWHA).

On December 9, 2014, an Open House/Informational Meeting was held at the Wheat Ridge Recreation Center to give an update on the progress of a traffic study being conducted for possible future development of the area bounded by I-70, SH-58, 32nd Ave. and McIntyre St.


In December 2016, Evergreen Development Company purchased the land from Cabela's. In early 1018 a rezoning was approved for the property and subsequently, in the spring and summer of 2018, the City Council approved a subdivision plat to create new lot lines. The Council approved agreements between the City and Developer (Evergreen) and between the City and CDOT to provides logistics for the construction of roadway and infrastructure improvements to improve access and traffic growth. 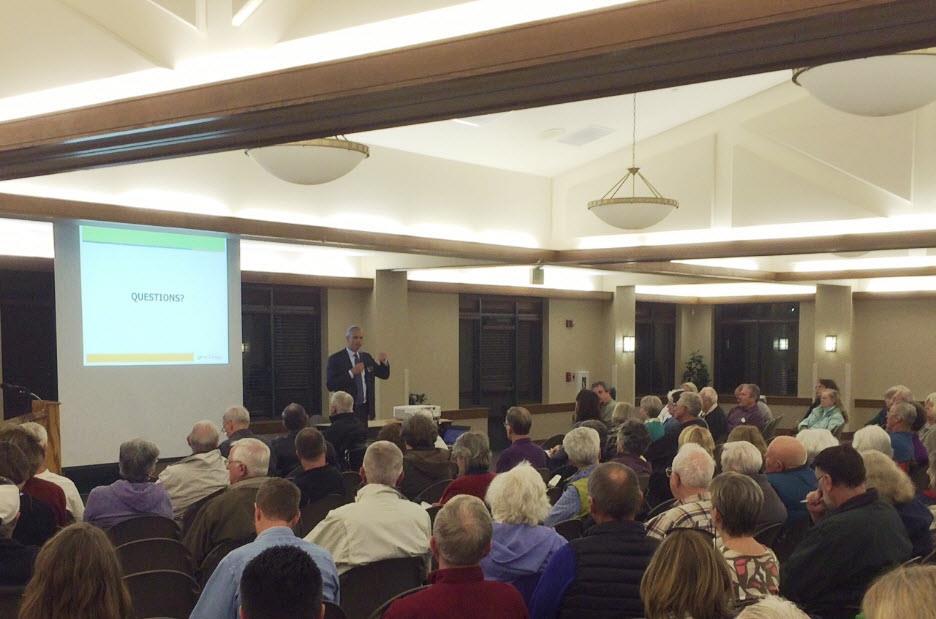