In the summer of 2012, the City moved forward with one of the major implementation steps in the corridor plan - restriping the street into a 3-lane section between Upham and Depew Streets, with one thru-lane in each direction and one continuous center turn lane.

This change was called for in the adopted subarea plan and has remained in place since the initial pilot project period.  The City collected data for a variety of metrics, including traffic counts, speeds, new businesses, sales tax, and bicycle/pedestrian counts to assess the 3-lane section. Collection of the data continued from 2012 to 2016 until the metrics stabilized.
The 3-lane section has created room for:
These changes are part of the revitalization strategy and bring benefits such as: Road designs like the one that you see on 38th Avenue have been implemented on similar streets throughout the country over the past 20 years to create "main street" environments. 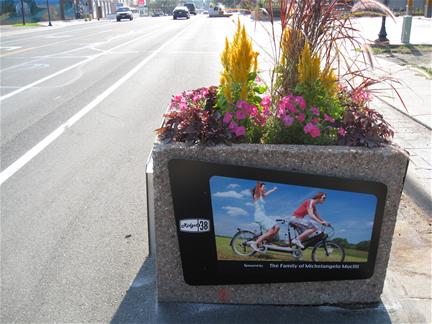 To learn more about the restriping project and to view the design, visit the Public Works West 38th Avenue Lane Reconfiguration web page.